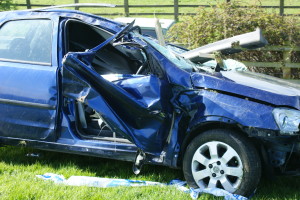 Last year, 40,200 people lost their lives in car accidents.  Think about that.  40,200 lives cut short.  40,200 funerals.  40,200 families mourning the loss of a loved one.  For more perspective on that, the Chicago White Sox stadium holds 40,615 people,  so we lost almost a stadium full of people to car accidents last year.  The death toll represents a 6% increase over 2015 and a 14% increase over 2014.   Experts attribute the rise in deaths to a number of factors and, of course, have offered suggestions to protect yourself. END_OF_DOCUMENT_TOKEN_TO_BE_REPLACED

We wrote just a few days ago about the bus crash in Nashville involving a school bus in Chester County.  That school bus wreck was bad enough, but today’s school bus accident in Chattanooga is even more tragic.

Apparently, a school bus filled with 35 children crashed into a tree.  It has been reported that six children have died in the crash off Talley Road in Hamilton County and many others have been injured, some in critical condition.  The students attended Woodmore Elementary School.

No information about the cause of the crash is currently publicly available, although speed is being investigated as a factor.  Reportedly the school bus driver is cooperating with authorities. UPDATE:  CNN reports that the bus driver, Johnthony Walker, 24, has been charged with five counts of vehicular homicide, reckless endangerment and reckless driving and that the National Transportation Safety Board will be investigating on Tuesday November 22. END_OF_DOCUMENT_TOKEN_TO_BE_REPLACED

Now wait just a minute, I am not going to talk politics. I am going to talk about disclosure and hindsight. Whatever your opinion on Hillary Clinton, most people think it was a mistake for her not to have disclosed that she was suffering with pneumonia. Day in and day out, we counsel our clients on disclosure and here are some thoughts on the issue:

END_OF_DOCUMENT_TOKEN_TO_BE_REPLACED 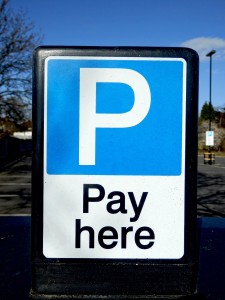 First, allow me to use an example to explain subrogation: You are hurt in an accident. You go to the emergency room, are admitted to the hospital for several weeks and then have a few months of follow-up appointments and physical therapy.   After deductibles and co-pays, your health insurance company pays all of your medical bills. After you recover from the accident, you settle your injury case with the at-fault party’s insurance company. Using the money you got from your settlement, you buy your first home. Several months later, you get a letter from your medical insurance carrier demanding to be paid back for the medical bills they paid on your behalf after the accident.   You no longer have the cash because you bought a home, but they are threatening to sue you.

Can they do that? What about if you are on Medicare or Tenncare? Isn’t that why you paid the premiums for your medical insurance? If they sue me, could they take my house or garnish my wages?   What if I never tell them about my accident? END_OF_DOCUMENT_TOKEN_TO_BE_REPLACED 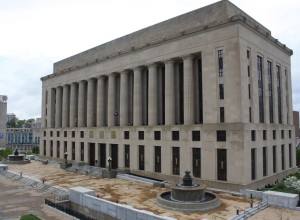 According to the Administrative Office of the Courts data, for the 2013-2014 reporting year, there were 10,232 tort cases filed in the State of Tennessee. (Tort cases are claims for injury or death and include medical malpractice or healthcare liability claims.) During that same time frame, 10,322 cases were concluded in some fashion such as dismissal, settlement or trial. However, very few were concluded by way of a trial. In fact, only 416 cases or 4% of tort or healthcare liability cases were tried in the entire State of Tennessee last year. So what kind of verdicts were returned in these 416 cases? END_OF_DOCUMENT_TOKEN_TO_BE_REPLACED 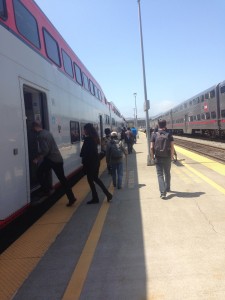 Passenger trains can hold hundreds of people and train wrecks can cause an array of injuries from broken bones to death. Without knowing how many people would be injured or what type of injuries they sustained, Congress set a limit on how much money, as a group, they could recover. Congress set a limit without knowing how many people would be killed and what those lives lost meant to their families. For example, was the person who was killed the sole breadwinner for a family consisting of three very young children?  But it gets worse.  END_OF_DOCUMENT_TOKEN_TO_BE_REPLACED

It is Friday and we are covering verdict and trial statistics for the last of the largest four cities in Tennessee — Memphis/Shelby County,  the Thirtieth Judicial District.

Last fiscal year, 1,747 new tort cases (lawsuits for personal injury or wrongful death) were filed in Shelby County courts and 1,817 were resolved.  Shelby County had more trials than any other county in the State with 76 — 53 jury trials and 23 bench trials.  Of those 76 trials, the injured party won 44 of the cases.  In the other 32 cases, the injured party did not receive any compensation whatsoever.

END_OF_DOCUMENT_TOKEN_TO_BE_REPLACED

Today, we are looking at trial and verdict information for Chattanooga/Hamilton County, which is the Eleventh Judicial District.  The Administrative Office of the Courts’ report reveals 711 tort lawsuits (claims for personal injury or wrongful death) were filed in Chattanooga during the last fiscal year and Chattanooga courts disposed of 693 tort cases.  During the last year, 37 cases went to trial in Chattanooga with 21 jury trials and 16 bench or judge trials.   Of the 37 cases went that actually went to trial, only 10 resulted in the injured party receiving any money.  So in more than 2/3 of the trials, the injured party received nothing.

And in the cases the injured party actually won, the verdict news is similarly bleak.  Not a single case resulted in a verdict of $100,000.00 or more.  The total dollars awarded for all ten cases was $303,648.00 so the average award in each case was $30.365.00.  Of course, we do not know the facts of each one of those cases but we do know this: there is a reason they call it a trial.  It is hard, emotionally-draining and exhausting for the parties and their attorneys.  And most injured people who go through a trial expect their recovery to be more than that, and it should be if they have serious injuries.

We really can not emphasize enough how important it is for you to select an experienced and well-qualified lawyer.  Of course, we hope you hire us and we believe our awards and client testimonials speak for themselves.  But even if you do not hire us, use this information sheet to help you find a skilled lawyer who can help maximize your recovery.  If you would like to schedule a free and no-obligation consultation, simply fill out this form or call us anytime at 615-742-4880 or toll-free at 866-812-8787.  We handle all personal injury and wrongful death cases on a contingency basis so we only get paid if we recover money for you.

This week, we are examining trial and case statistics from the Administrative Office of the Court’s yearly report, Annual Report of the Tennessee Judiciary for the Fiscal Year 2012-2013.  Today, we take a closer look at Knoxville.

Last year, 938 tort lawsuits (claims for personal injury or wrongful death) were filed in Knox County.  38 cases went to trial — 23 of them were jury trials and 15 were judge or bench trials.  Of the 38 case that went to trial, the injured party recovered money in less than half of those trials (18 of  38).

END_OF_DOCUMENT_TOKEN_TO_BE_REPLACED

Last week, we told you that the Administrative Office of the Courts had published the Annual Report of the Tennessee Judiciary for the Fiscal Year 2012-2013. The report provides information on the number of tort filings (lawsuits alleging personal injury or wrongful death), the number of trials and verdict information.

Nashville and Davidson County, Tennessee are in the Twentieth Judicial District. For the year ending June 30, 2013, 1,571 tort cases were filed in the Twentieth Judicial District and 1,441 tort cases were disposed of by either trial, motion, dismissal, etc. Only 66 cases went to trial in Davidson County – 35 were jury trials and 31 were bench or judge trials. Of the 66 cases that went to trial, 43 resulted in a verdict for the injured party. Here is the breakdown of the awards: