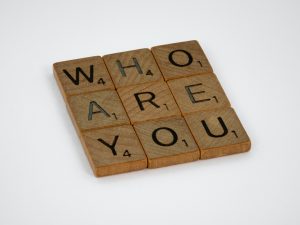 Kristen Chenoweth, the Emmy and Tony winning actress, has a new book out, and this week she has been giving interviews to promote it. In the interviews, she has talked at length about the serious injuries she sustained in an accident on the set of the television show “The Good Wife.” Lighting equipment on the set fell and hit her causing a fractured skull, a fractured rib and nose, broken teeth and other long-lasting injuries. Chenoweth’s Dad counseled her to get legal representation. She did not. She now regrets it. Here are some things you should think about if you are hurt in an accident and are reluctant to seek legal representation.

In one of the interviews, Kristen said: “We’re not the suing family”. This is not an uncommon feeling from our clients. People do not want to be perceived negatively and they fear taking legal action will result in that. However, several points come to mind in response to this particular issue.

First, perhaps you are not a “suing family” because your family has been fortunate and has never been involved in a situation where a lawsuit was necessary to protect your legal rights. If so, you should consider yourself very blessed.

Second, in a large number of cases, a lawsuit never has to be filed in order for you to receive the compensation you deserve following an accident caused by someone else’s negligence. If a settlement is reached before the deadline for filing a lawsuit expires, no formal lawsuit will be necessary.

Third, there is absolutely nothing wrong with seeking to be made whole for your losses after an accident that was not your fault. Doing so does not make you a bad person but rather arises out of basic principles of fairness. If someone drove a car into your house and damaged the structure and furniture, almost everyone would seek compensation from the person who caused the damage. If someone drove a car into you as a pedestrian and caused you harm, why would you treat that situation differently?

Fourth, as a famous and successful actress, presumably Kristen Chenoweth has the financial wherewithal to withstand the financial repercussions of serious injuries – the medical bills, the lost time from work, etc. And that is wonderful for her, but many people do not have that luxury. For many, seeking a settlement (or filing a lawsuit if necessary) is the only way people can pay for the losses that arise from injuries caused by the negligence of others

In the interview, Kristen raised another important point. The main reason she did not sue was out of fear and anxiety. She then encourages other injury victims with the following: “And I just want to say to anyone out there who ever struggles with anything like this, don’t let fear rule your life. And by me sharing that story, I hope that encourages others to not do that”. If you have been involved in a serious accident, consider the following when deciding whether to seek legal representation:

1. Most accidents are covered by some form of insurance. Accordingly, the at-fault person has paid insurance premiums to an insurance company to make appropriate payments for exactly this type of situation.
2. To some people the thought of taking legal action seems overwhelming, but that is our job. We do it every single day. We work to take the burden off you so that you can concentrate on your recovery.
3. Some people think they cannot afford a lawyer, but our award-winning lawyers handle all accident cases on a contingency, so we only get paid if we win. And, unlike a lot of attorneys, we advance all case expenses, so you pay nothing out of pocket to pursue your rights.
4. The law only allows you a limited time to pursue your rights. As time has passed, Kristen Chenoweth regrets not listening to her Dad and seeking legal help. So, do not let time make the decision for you. At a minimum, talk to an experienced injury lawyer soon after your accident so you have a full picture before making a definitive decision.

If you would like to discuss a potential case, we would be honored to try and help. Give us a call for a free initial consultation.