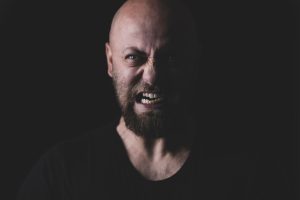 Have you heard about these recent road rage incidences in Tennessee?  Four days ago, a man was shot in the hip in a road rage incident on I-24 in Nashville.  On October 18th, a man in Sevierville got out of his car and started punching another driver and was then shot.  On September 18th, a man was killed and children were injured in a car accident caused by road rage.  A month earlier, in a Chattanooga road rage incident, a man followed a woman and her son home and has now been charged with assault, vandalism and disorderly conduct.  And these are just the ones that made the news!  Road rage problems are plaguing our roads and police are ramping up enforcement in an effort to curtail it.  But do you know what to do to help prevent road rage and how to protect yourself if it occurs?

According to police, road rage occurs most often when there is traffic congestion, a driver is running late or when a driver perceives rude behavior from another driver.  If you are easily frustrated behind the wheel, avoid traveling at peak times if you can or take less congested routes even if the drive time is somewhat increased.  Leave yourself plenty of time to get to your destination so your worry about being late does not create additional stress.

As for other drivers, Psychology Today gave these five solid tips for how to cope with rude and reckless drivers:

Now that we have covered ways to avoid being the person consumed by road rage, let’s look at what to do if you are the victim of someone who is engaging in road rage.  Here are 3 safety tips:

If you or a loved one have been injured in a road rage accident or incident and would like to discuss your case, our award-winning lawyers are here to help.  We offer a free, no-obligation consultation so you can understand your legal rights.  If we think we can help, we handle all car accident cases on a contingency basis so we only get paid if we recover money for you.  To get started, call us at one of our convenient office locations: