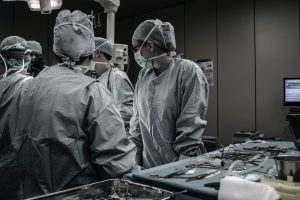 You may have heard this phrase on advertisements by lawyers or on a TV show, but what does it mean and, more importantly, if you have an injury case, how do you prove it?  Pain and suffering is exactly what it sounds like: it is the pain and problems you have encountered following an accident.  While it is related to your medical treatment it is a distinctly different item of damages and is entitled to separate compensation, but there is not a mathematical formula for calculating it.  So, if you have sustained a serious injury after an accident that was not your fault, you need an experienced injury lawyer to help you prove your pain and suffering to an insurance company, a jury or a judge so that you can maximize your compensation.  Read on to understand the basics of this part of your injury case.

An example is probably the best way to explain the pain and suffering component of your case, so let’s say you were hit by a careless driver and your leg was badly broken.  From the scene of the accident, you were taken by ambulance to the hospital where surgery was performed to repair the fracture.  After you were discharged from the hospital, you underwent therapy three times a week for 12 weeks to help you regain full use of your leg.  During that time, you had to use crutches to get around, and you were out of work for 12 weeks.   Before the accident, you typically ran 5 miles a day, and after the accident you were unable to do that for 9 months.  After 9 months, you started running again but it often results in pain.   In addition to the above, you have a long scar from the surgery running down your leg.

OK, so let’s briefly talk about each element of damages that arises from this example.  First, you are entitled to recover your medical bills.  This includes the ambulance bill, the hospital bill, the physical therapy bills, the cost of the crutches and any other treatment you received for your broken leg such as follow-up visits with the orthopedic surgeon, etc.

Next, you are entitled to recover your lost wages for the 12 weeks that you were unable to work.  If you lost a chance at a promotion or some other tangible job benefit, you might be able to claim that as an additional element of damages if it can be proven.

Your medical bills and lost wages will be hard numbers.  In other words, you add up the total cost of the ambulance bill, the hospital bill, the doctor’s visits and you have a specific total.  Your lost wages can be handled the same way.

Other elements of damages are vaguer, and pain and suffering falls in this category.  Sure, most people can understand a broken leg and surgery are painful, but there is not a mathematical formula for calculating it. Instead, you or your injury attorney need to offer specific proof of this type of damage.  For instance, you would want to explain how often and for how long you needed pain medication.  You would want to show how long you needed medical treatment before you fully recovered.  You would want to discuss the discomfort of using crutches and undergoing physical therapy.  You would want to discuss the impact of the injury on your life, for example, if you were depressed during your recovery because you were unable to do your daily run and play with your kids.

Likewise, the scarring or disfigurement associated with your injury is another item of damage that is not a simple mathematical calculation.  In our scenario, you would be entitled to compensation for the scarring caused by the surgical repair of your broken leg, but the reality is that some people will be compensated more for this than others.  For instance, a young female who regularly does modeling work will almost certainly receive more compensation for this than a 70 year old male who rarely shows his legs.  Again, an experienced injury attorney can help the insurance company, a jury or a judge fully understand this element of damage and how it impacts you.

If you have questions about pain and suffering or your injury case, call our award-winning attorneys for a free consultation on how we can help you receive all of the compensation to which you are entitled.  We handle all accident cases on a contingency-basis so we only get paid if we recover money for you and your family.  Give us a call at one of our three, convenient Middle Tennessee locations to see if we can help you.