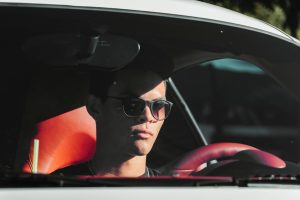 Last week, news outlets reported road rage was likely the reason for the December murder of Nashville nurse, Caitlyn Kaufman who was shot and killed while driving to work.   According to court testimony, the shooter was angry with Ms. Kaufman because she allegedly cut him off.   This story is so tragic but unbelievably the use of a firearm is fairly common in road rage incidences (37% of them) even if the firearm is just brandished.  In most instances, a perceived or actual slight on the road boils over into road rage due to a driver’s stress in other areas of life.  Unfortunately, most of us are under stress right now due to the pandemic so, now more than ever, we need to be aware of what are the most common triggers of road rage, how to avoid them and what to do if you are involved in a road rage incident.

So what are the driving behaviors that are most likely to precipitate road rage?  Here is a list of the most common:

If you are the victim of a driver experiencing road rage, do not escalate the situation by retaliating.  Instead, remove yourself from the situation by letting the aggressive driver go ahead of you, pulling over in a safe place or altering your route to get away from the incensed driver.  Do not go home if you are being followed by an angry driver and do not ever get out of your car.  If necessary, call the police.

If you are someone who is prone to aggressive driving, there are things you can do to remain calm.  Leave for your destination earlier than you think is necessary so that you do not have speed, tailgate or otherwise drive aggressively to get to your destination on time. Try to empathize with the other driver – maybe they are driving slowly because they are lost or maybe they simply do not realize their high beams are on, etc.  Listen to music or a podcast to help remain calm.  And perhaps obviously, if something has upset you, wait until you calm down to drive.

If you were involved in an accident because of an aggressive driver, we are here to help.  Our award-winning lawyers handle all accident cases on a contingency basis so we only get paid if we recover money for you and your family.  To find out if we think you have a case, we offer a free initial consultation.  Simply give us a call to get started.