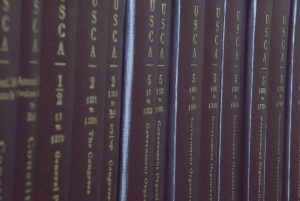 The Federal Railroad Administration and Federal Motor Carrier Safety Administration had been pursuing a regulation which would require tractor-trailer drivers and train engineers to be tested for sleep apnea.   Sleep apnea is a condition which inhibits quality sleep resulting in sufferers being chronically fatigued.  Since there is a wealth of evidence which shows fatigured drivers are just as dangerous as drunk drivers, the government certainly has an interest in identifying those drivers and engineers suffering with the condition so that they can receive appropriate treatment.  With the withdrawl of this regulation, it will be up to individual railroad and trucking companies to mandate the test for their employees.  Currently very few do.  But one railroad company that does test, Metro-North in New York City, found that nearly 12% of its engineers suffer with sleep apnea and are chronically fatigued.  These engineers are operating trains at 70 mph and many are, on a daily basis, responsible for getting thousands of people to their destination safely.

Another area where government regulations are in need is the hot air balloon industry. Hot air balloons can hold as many as 16 people (certainly more than many small planes), but yet the pilot of the hot air balloon does not have to undergo the same medical screening as an airplane pilot.  Last year, 16 people were killed in a hot air balloon accident in Texas.  The post-crash investigation revealed the pilot was impaired by opioids, sedatives and enough Benadryl to mimic the effect of a drunk driver. The pilot had been prescribed 13 medications, was actively under treatment for depression and had been convicted of drunk driving four times. Stricter government regulations would have prevented such a person from piloting 16 people to their death.  Sixteen people who presumably had no idea of his troublesome history. To date, the FAA has been reluctant to enact the needed regulations.

Finally, vehicle to vehicle communication or V2 has been estimated to prevent or reduce the severity of up to 80 percent of collisions that do not involve drugs or alcohol. The technology transmits a vehicle’s direction, location, speed and other information 10 times per second, which allows a vehicle to do things like detect that another vehicle is about to run a red light. While many in the auto industry support V2 technology, the government imposed mandate for the technology has been placed on the back burner for a host of reasons including strong opposition from the cable and tech industries.  Given that the number of fatal accidents has risen considerably in recent years, regulations concerning V2 technology would be a welcome safety protection for the motoring public.