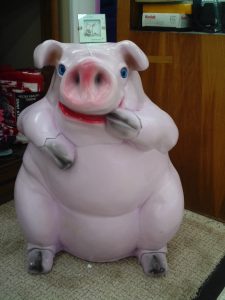 Should I Move Over?

We probably all have a long list of driving pet peeves from drivers who tailgate or don’t use their blinkers to drivers who aren’t paying attention when a light turns green so you have to honk to get them to go.   My biggest driving pet peeve is drivers in the left lane on the interstate who are going slower than the rest of traffic.  (There is a reason the left lane is called the fast lane!)  Of course, this requires other drivers who are going faster to pass them on the right, which can be difficult to do safely depending upon the number of lanes and the amount of traffic.  Feeling trapped, some drivers will become frustrated and angry and resort to risky driving maneuvers which can cause accidents or the drivers can develop road rage.  Exactly what comprises road rage?

Road rage is defined as aggressive driving that results in a disagreement with another driver. While we all have driving pet peeves, we all do not have road rage. However, a recent AAA study revealed a whopping 8 million drivers do have road rage including purposefully ramming another vehicle or getting out of their car to confront another driver. (It certainly makes you wonder how many have engaged in such behavior but did not admit it) Another study revealed 37% of road rage involves a firearm and 2% of drivers have admitted to trying to run another car off the road because of road rage.  Over the span of seven years, 218 murders and 12,610 injuries were directly attributable to road rage.

While we tend to think of tailgating and not using your turn signal and the like as merely inconsiderate driving (and it is), it is also against the law.  There are Tennessee statutes prohibiting following too closely and mandating the use of turn signals.  As for my biggest pet peeve (left lane hogs), a majority of states have laws stipulating that the left lane is for passing or turning.  However, to try and combat the problem of road rage, Tennessee and other states including Georgia, Virginia, Oklahoma and Nevada) have passed new laws with bigger fines and have increased enforcement.  Other states like Missouri try to educate drivers with humorous signs such as “Camp in the Ozarks, not the left lane”.  The goal of both approaches is to improve basic driving skills in hopes of reducing the amount of road rage and the number of accidents.

At The Law Offices of John Day, P.C., our award-winning attorneys have seen the damage car accidents can inflict on individuals and families.  If you have been in a car accident and would like a free consultation, simply give us a call at 615-742-4880 (Nashville) or 615-867-9900 (Murfreesboro) or 866-812-8787 (toll-free).  We handle all accident cases on a contingency basis so we only get paid if we win.  And, unlike some law firms, we advance all case expenses, without interest, so you do not have to pay anything out of pocket to pursue your rights.  For more information on how we handle fees and expenses, click here.  Then, give us a call to get started.