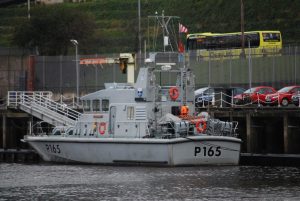 As a driving community, we recognize distracted driving is dangerous and should be illegal, yet not only do we continue to do it but we also have the nerve to think we are good at it.  A recent study by Progressive Insurance Company found that a majority of drivers believe distracted driving is the number one cause of car, truck and motorcycle accidents, 1/3 of drivers are still confident in their own ability to text and drive.  Want to know who thinks they are best at it?

Which brings me to the next bit of news: self-driving boats are expected to be in operation within the next three years.  While the boats would still need oversight (Gilligan is not out of a job just yet), the vessels would not have a captain or crew on board.  Currently, the self-driving technology would be used for ferry boats and cargo ships.  Marine disasters such as the Costa Concordia and recent military incidents have spurned the development of self-driving boat technology.  Again, engineers hope to eliminate the human factors such as tiredness and distraction that often lead to accidents.

Self-driving boats would operate much in the same way as self-driving cars.  Both will scan their surroundings using sensors.  The data obtained will then be analyzed by artificial intelligence which will then provide driving data to the boat. A captain in a remote headquarter could oversee multiple ships at a time.

At The Law Offices of John Day, P.C., we continue to watch this new technology with excitement.  In the meantime, we know that distracted driving (both in cars and trucks as well as boats) continues to be a major problem on our roadways and waterways.  So if you or a loved one has been injured by a distracted driver, give us a call.  We offer a free consultation.  If we think we can help and you decide to hire us, one of our award-winning lawyers will represent you on a contingency basis, which means we only get paid if we get money for you.  To get started, call us at 615-742-4880 (Nashville) or 615-867-9900 (Murfreesboro) or 866-812-8787 (toll-free).