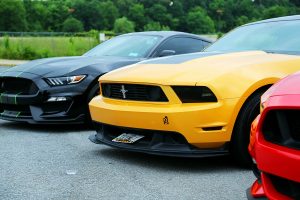 In Tennessee, for every 100,000 drivers, 10.19 engage in street or drag racing, and street racing is on the rise.  In some areas of our State, police calls about street racing have more than doubled in two years.  For example, in Memphis, in 2018, there were 843 calls about drag racing in 2018.  In 2020, reported incidences of drag racing had jumped to 1,973. The Tennessee Legislature has recently enacted new legislation to combat this dangerous practice and we have some tips on what you can do.

Let’s begin with the legal definition of street or drag racing as it is may be different and broader than you think.  Below is an excerpt from the Tennessee statute:

(A) The use of any motor vehicle for the purpose of ascertaining the maximum speed obtainable by the vehicle;

(D) The use of one (1) or more motor vehicles in an attempt to outgain, outdistance or to arrive at a given destination simultaneous with or prior to that of any other motor vehicle; or

(E) The use of any motor vehicle for the purpose of the accepting of, or the carrying out of any challenge, made orally, in writing, or otherwise, made or received with reference to the performance abilities of one (1) or more motor vehicles;

(3) “Public highways” means all of the streets, roads, highways, expressways, bridges and viaducts, including any and all adjacent rights-of-way, that are owned, constructed, and/or maintained by the state, and/or any municipality or political subdivision of the state, and any and all highways, roads, streets, etc., that have been dedicated to the public use.

On May 27, 2021, Governor Lee signed legislation that toughens the penalties on street racers, and the new law took effect at the beginning of this month.  Drag racing is now a Class A misdemeanor, which means it is punishable with up to one year in prison and a $1,000 fine.  In addition, any vehicle involved in drag racing is subject to seizure.  And a driver convicted of drag racing can lose their license for one year for the first offense.  For a second conviction of drag racing, the driver loses their license permanently.

Of course, the individuals who choose to engage in this reckless conduct are not just endangering their own lives but also the lives of those on the road around them.  If the drag racers were to cause an accident, on the criminal side of the justice system, they could be charged with vehicular assault and/or criminally negligent homicide or vehicular homicide.  This is true even if their vehicle was not the one that actually caused the harm but was just involved in racing the vehicle that did.  On the civil side of our justice system, they would be financially responsible for the harm they caused.  Of course, being responsible for the harm you cause and being able to pay for it are two different things.  This is just yet another reason why uninsured/underinsured motorist coverage is incredibly important.  To learn more about this type of coverage and for more reasons why you need it, click here.

In addition to purchasing uninsured/underinsured motorist coverage to protect yourself, here are two more things you can do to help combat drag racing in our State:

If you or a loved one has been injured by drag racers, give us a call.  Our award-winning lawyers can help.  We handle all car accident cases on a contingency basis, so we only get paid if we recover money for you.  Give us a call for a free, confidential and no-obligation consultation where we can let you know if we think you have a case and advise you of your legal rights. Call us at one of the numbers listed below:

Photo by Vinayak Sharma on Unsplash