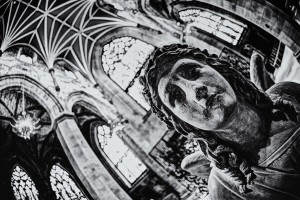 I have been meaning to write about this for days but work and other matters have kept me too busy to do so. But in the days since I first heard about this, I can tell you my anger has not dissipated. Earlier this month, Newsweek ran the following headline on a story: “New Catholic Bishops Told They Don’t Have To Report Sexual Abuse to Police”.  French Monsignor Tony Anatrella told bishops they do not have a duty to report abuse to the police because that is the responsibility of the victims and their families. Oh really? Let’s discuss this for a moment.

First, under Tennessee law, French Monsignor is dead wrong. Everybody, and I mean everybody, has a duty to report suspected or actual child abuse including sexual abuse. There are no exceptions for bishops or anyone else. And anyone who reports suspected or actual child abuse is granted immunity provided they report in good faith and not for some ulterior reason.   So, if you live in Tennessee, and you suspect a child is being abused, you must report it. Your failure to do so could result in you facing criminal penalties.

Aside from the law requiring it, I find it astounding that Anatrella, who is a psychotherapist and “consultant to the Pontifical Council for the Family and the Pontifical Council for Health Care Workers”, would leave it up to the victims and their families. Protecting children from abuse and neglect is a community responsibility and for good reason. Children often will not report abuse when it is being perpetrated by an authority figure. This is especially true when the authority figure is cloaked in religion and righteousness.

Second, parents can only report if they know about it. So if the child is too scared to report and the parents do not know about it, who is going to report it? That is why we have mandatory reporting – so that we have every opportunity to save a child.

Third, while the Vatican has apparently issued a statement that this is the opinion of Anatrella and not the Vatican’s official position, why would you allow him to take such a position and convey it to newly appointed bishops? This is especially true given the Catholic Church’s troubled history with sexual abuse.

This really is not that hard. From both a moral and legal perspective, children deserve to be protected and it is every adult’s responsibility.

At The Law Offices of John Day, P.C., our award-winning lawyers have been privileged to help victims of  abuse and we would be honored to help you and your family too. We handle all abuse cases on a contingency basis so we only get paid if we recover money for you. And, because we advance all case expenses, you do not have to pay anything out of pocket to pursue your rights and justice. If you would like to talk to us in a free, confidential consultation, just give us a call at 615-742-4880 (Nashville) or 615-867-9900 or 866-812-8787 (toll-free). Or if you prefer, you can contact us online and we will call you.