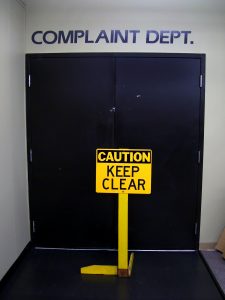 Recently the investigation into the Chattanooga bus accident that claimed the lives of six children and injured dozens more has revealed parents, faculty and students had all complained about the driving of bus driver, Johnthony Walker. Ask any defense lawyer and they will tell you that prior complaints can present a huge problem for the defendant if certain requirements are met.

However, we now know the complaints involving Mr. Walker were much different. They were directly related to his driving abilities.  On two separate occasions, just weeks before the accident, a principal expressed concern about Mr. Walker’s driving.  Similarly, students had complained Mr. Walker would purposefully swerve or slam on the brakes to make them fall.  Other students reported sharp turns and excessive speed and expressed concern the bus was going to turn over.  Finally, at least one parent had written a letter to school officials about Mr. Walker’s driving and threatened to “beat his ass my damn self” if Walker’s driving did not improve.  These complaints should have been a red alert to those in charge that action was needed so that this driver was not entrusted with the safe transportation of children.  To date, no information has been reported to suggest any action whatsoever was taken in response to these hosts of complaints.

The second issue with complaints is that they must predate the accident.   In the Chattanooga case, this is not an issue.  All of the complaints about Mr. Walker occurred prior to the accident, but that is not always the case especially in product liability cases.  For example, let’s say you get into an accident because of a malfunction with the steering in your vehicle and you sustain serious injuries as a result.   After your accident, other owners of the same vehicle as yours start complaining about steering malfunctions in their vehicles.  Because the other complaints occurred after your accident, they are less likely to be admissible, at least on the issue of the company’s awareness of the problem. While this can be a complicated evidentiary issue, just know that it is always better for your case if the other complaints were made before your accident.

Third, you have to prove that prior complaints were actually made to the defendant. The best case scenario is the complaints were made in writing, but if not they can be proven via the testimony of witnesses.  On this point, the Chattanooga bus accident case could have an interesting legal wrinkle.  The bus driver was working for a private company, and it was this company that presumably had the right and responsibility to discipline the drivers.  And thus far, it looks like all of the complaints from faculty, students and parents may have been made to school officials.  Did the school board convey those complaints to the bus company?  As the customer of the bus company, one would think that they had the ability to ask for a driver to be removed from the route if there was evidence suggesting he was unsafe.  If the school board failed to notify the bus company, there could be liability for the school

Every time I think about this bus accident and the facts surrounding it, I can’t help but be angry at how many ways these children were failed by people entrusted to care for them – from the reckless driving of the bus driver to the lack of seatbelts in buses to the failure to respond to a multitude of relevant, safety complaints. Our children deserve better.