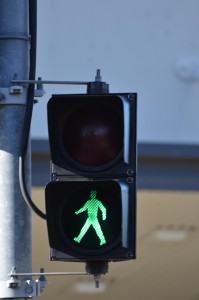 The bad news from 2020 does not seem to relent as evidenced by the recent National Highway Traffic Safety Administration’s (NHTSA) report on pedestrian and cyclist deaths.  According to the NHTSA, in 2020, the United States had more pedestrian and cyclist deaths than any year since 1990.   When you consider that most people drove substantially less in 2020, these numbers become even more alarming.  In 2020, 6,238 pedestrians lost their lives, which equates to about 17 pedestrians per day.  For bicyclists, the numbers were better but still terrible: 857 bicyclists lost their lives or roughly 2 per day.  Read on to find what experts believe are the cause of the dramatic increase and what you can do to help.

In addition to the raw numbers, the NHTSA also reported some interesting trends for pedestrian and cyclist safety.  First, the numbers from the last decade showed that, in rural areas of the country, the death rate for these two groups remained relatively steady, but there was an eye-popping 69% increase for pedestrian and cyclist deaths in urban areas.  And the increase was not a result of population increases as the death rate out-paced the increase in population.  The NHTSA also found that low-income urban areas were more at risk for two reasons in particular.  First, residents in low-income urban areas often do not have the financial means to purchase a motor vehicle, insurance, gas, etc.  Instead, residents in these areas walk to work, to the store, to public transportation.  Second, government officials often fail to address safety issues in these areas.  Signage, street markings and signals often need attention.

Now, as for the cause of the increase, many experts believe two factors have led to the surge in pedestrian and cyclist deaths.  First, and not surprisingly, is distracted driving.  According to AT & T, the typical cellphone user touches their phone a whopping 2,600 times per day and too many people continue to do it in a car.  In Tennessee, it is illegal to hold a phone for any purpose (talking, texting, navigation, etc.) while driving, but if you sit at an intersection anywhere in the State you will see violation after violation.  Of course, distracted driving takes many forms including texting, putting on make-up,  or anything that prevents you from giving driving your full time and attention.  Second is the continued popularity of trucks and SUVs.  When a passenger car strikes a pedestrian or a cyclist, the profile of the vehicle often results in the pedestrian or cyclist being vaulted onto the hood of the car, but the higher profile of trucks and SUVS typically result in the cyclist or pedestrian being ran over.

Safety advocates want government officials to dedicate more space for pedestrian and cyclist only lanes and areas.  In addition, safety advocates believe that lowering speed limits and greater enforcement of speed limits is a key step in protecting pedestrians and cyclists. As for the rest of us, the same simple steps will help protect you and others on the road around you: slow down, avoid distractions, share the road, wear your seatbelt and don’t drive impaired by alcohol or drugs.

If you or a loved one has been injured, our award-winning lawyers are here to help.  We encourage you to do your research before hiring any lawyer.  Here are some links to more information which you might find helpful:

How to Select a Personal Injury Attorney

How Much Do You Charge?

How to Prepare for a Meeting with an Injury Attorney

How Do I Represent Myself in an Injury Case?

When you are ready, give us a call.  We would love to interview for the job of being your injury lawyer.