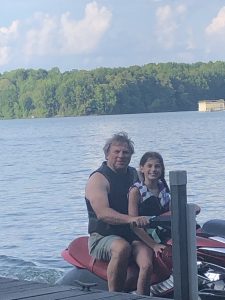 John Day loves his jet ski.  At sunrise on almost any Saturday or Sunday for the last fifteen years, he has been out on to the water for an hour and a half ride.  I have long asserted that, as a result of all that time on the jet ski, John could be blindfolded and dropped at any place on Tims Ford Lake and he could drive straight home as he knows every nook and cranny of the 11,000 acres and 240 miles of shoreline of that lake.   Needless to say, after all those years, John is an experienced rider but even experienced riders, and certainly inexperienced ones, should know these facts:

Most jet ski fatalities occur from blunt force trauma.  In other words, the driver of the jet ski collides with another object and receives fatal injuries, although drowning deaths do occur.  For 2017, which is the most recent, fully analyzed data year, the numbers were as follows.  48 deaths of which 17 were drownings and 29 were blunt force trauma injuries.

The statistics clearly show that inexperienced operators are the most at risk.  Most accidents involve operators in the 11-20 year-old range.  Non-owners make up 82% of the PWC operators involved in accidents, which means it is friends, family members or renters using the equipment.  84% of the accidents involve operators who received zero instruction or education on boating laws.  (And PWC are considered boats subject to the same laws as boats — and some extra ones like not riding before dawn or after dusk since PWCs do not have headlights).  Finally, in 73% of the accidents, the operator had been driving the jet ski for less than an hour.

So what are the factors that tend to lead to accidents on PWCs, here are some of the leading causes:

If you or a loved one has been injured in a jet ski accident, give us a call for a free, no-obligation consultation.  We will discuss your case with you for free and with no obligation.  If we think we can help and you decide to hire us, we will handle your jet ski accident case on a contingency basis, which means we only get paid if we recover money for you and your family.  Give our award-winning attorneys a call at any of our locations or toll-free: 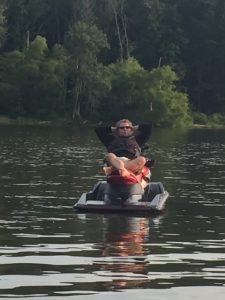