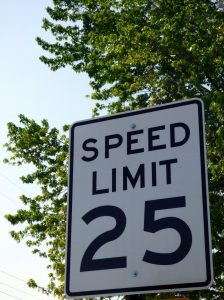 I know, it is summer and we should not be talking report cards.  But, Allstate is out with its driving report card in which the 200 largest cities across the country are ranked based on their driving safety record.  The report considers things such as claim history and the number of hard braking incidents for every 1000 miles.  This year, Allstate has also identified the 15 riskiest roads based on number of accidents.  So did any Tennessee cities or roads make the list?   Read on to find out.

As for Allstate’s list of the Riskiest Roads, none of Tennessee’s roads made the list which is fantastic.  But, the competitive streak in me is not satisfied with how Tennessee drivers performed on their report card.  We can do better.  Come on, Tennessee.  We can beat the pants off Boise, Idaho.  We just have to remember the basics:

So that is it — the end of your summer reading on this subject.  But remember, there is no summer vacation for The Law Offices of John Day.  Our award-winning lawyers are always here if you need us.  Give us a call at any of the numbers below for a free consultation.