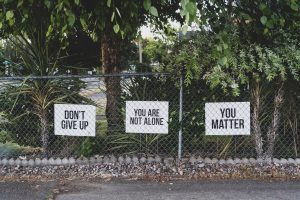 Recently, the Boy Scouts of America declared bankruptcy as a result of sexual abuse claims.  Less than a week later, a New York jury found Harvey Weinstein, the Hollywood mogul, guilty on two felonies: rape and criminal sexual act and still faces similar charges in California.   These cases share some interesting similarities and will help create a lasting impact on the landscape of sexual abuse cases.  Read on to make sure you know your responsibilities with respect to sexual abuse claims.

First and most importantly, in Tennessee, everyone is legally mandated to report child abuse or neglect.  Of course, abuse includes sexual abuse.  If you own a business, especially one that involves interaction with children, education, training and monitoring is essential.   If you suspect any form of abuse has occurred, reporting it is the absolute best route for several reasons.  First, it is the moral thing to do.  Second, it is the law.  And if those things are not persuasive enough, the failure to report sexual abuse almost always makes it worse for your business or organization.  Because the Boy Scouts of America failed to act to protect its members despite being aware of widespread abuse, the abusers were not stopped and the abuse became more widespread with more victims.  Similar patterns have been seen with other high-profile defendants including Penn State University, USA Gymnastics and the Catholic Church.  The more claims that emerge; the greater likelihood of a significant financial and reputational impact to your business or organization.

Second, abuse can be perpetrated by anyone.  A teacher, pastor, family friend, family member, etc.  And anyone can be a victim: children, adults, men, women.  If you are a victim, please seek help from law enforcement, an attorney, a parent, a teacher or anyone you feel comfortable telling.  Thanks to the courage of other abuse survivors including those in the #MeToo movement, awareness and sensitivity to these types of issues is at an all-time high.  Individuals and agencies are better prepared and trained to help.  Sadly, once one victim comes forward, other victims are often identified.  The courage of one survivor can provide the strength needed for others to step forward too.

Third, you may be entitled to compensation for the sexual abuse you have suffered.  Of course, the individual who commits sexual abuse can be held responsible for his or her own conduct.  In some cases, like Harvey Weinstein, the individual may have sufficient income or assets to compensate victims.  In other cases, the employer of the abuser may be held responsible on any number of different theories including negligent hiring (if they knew or should have known that the person was likely to commit sexual abuse) or negligent retention (if they knew or should have known that abuse was occurring but did not take appropriate steps to stop it).   Of course, the abuser does not necessarily have to be employed by the organization.  Companies and organizations also have a responsibility to ensure that volunteers are properly vetted and monitored.  Many insurance policies for businesses and organizations cover these types of claims.

At the Law Offices of John Day, our award-winning lawyers have been at the forefront of sexual abuses cases in Tennessee for decades.  John Day has successfully fought the Catholic Church as well as other religious denominations, organizations, individuals and businesses.  We understand the apprehensions, concerns and needs of sexual abuse victims.  For female survivors, we have female attorneys, paralegals and a female nurse to help you feel comfortable. We handle all sexual abuses cases on a contingency basis so we only get paid if we recover money for you.  To learn more, we offer a free, confidential consultation.  Please give us a call at any of the numbers below: