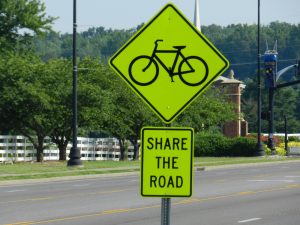 By now you have probably seen the video of the driver of a Volvo (Mr. Neely) hitting a bicyclist (Tyler Noe) on the Natchez Trace Parkway.  If you have not, just Google “bicycle accident and Natchez trace” and you will find lots of sites with video of the accident.  In short, Mr. Noe was hit by a black Volvo hits that simply keeps going after the very scary impact.  Mr. Neely, the driver of the black Volvo, has since been charged with felony reckless endangerment, leaving the scene of an accident, failure to immediately notify of an accident and failure to render aid.  As a firm that has handled a lot of accidents involving bicyclists, cars, trucks, motorcycles, etc., this case helps demonstrate 4 important points about injury accidents.