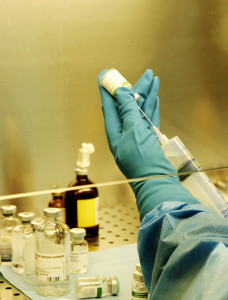 Because the practice of medicine is complex, there is not an easy answer to this question. But, here are some things to consider when trying to decide if you have been the victim of malpractice.

First, a mistake has to be made. In legal terms, we call this falling below the standard of care. Did the doctor act or fail to act as a reasonable physician would in the same or similar circumstances?

Second, did the mistake cause any harm? This factor is called causation and is usually the trickiest part of medical malpractice cases. Why? Because under most circumstances, when a patient sees a doctor, there is a reason: they are already sick. So lawyers and the law must sort out whether the patient got worse because of the already existing disease process or the doctor’s mistake. Of course, there are some cases in which it is very easy to conclude the doctor’s mistake caused the harm. For example, if a sponge is left in a patient during surgery necessitating a second operation, then of course the doctor’s mistake caused harm. Or, if the doctor performed the wrong operation or performed it on the wrong body part, then causation is not going to be an issue.

Third, the next part of the analysis is damages. What was the harm that the doctor caused? Did the patient need a second surgery or incur a longer hospital stay? Did the mistake kill the patient? These types of damages are recoverable under the law.

But you might be surprised to know that a loss of chance is not recoverable in Tennessee. So, let’s say a doctor fails to diagnose breast cancer for a year despite the cancer clearly being present and advanced on a prior mammogram. The cancer continued to progress and the patient died.   And let’s also say a doctor will testify on the patient’s behalf to the effect that if the cancer would have been detected a year earlier the patient would have had a better chance of surviving the disease. There is no recovery for this type of situation under the current state of Tennessee law. To have a case, the doctor must say that, more likely than not, the patient would have survived if the cancer had been detected and treated earlier.

Finally, the case has to be evaluated for possible defenses. For instance, did a patient fail to follow some of the doctor’s orders like continuing to smoke after a surgery?  If so, then the doctor may argue the patient is at-fault for the harm.

As you can see, medical malpractice cases have a lot of complex issues. Because their professional reputations are on the line, most doctors will vigorously defend any allegation of malpractice.

At The Law Offices of John Day, P.C., we have a nurse-paralegal on staff who helps us review medical malpractice cases. If the case looks like it could be meritorious, we will order the relevant medical records and consult with medical experts. In Tennessee, you must have an expert ready to testify before you proceed with a lawsuit. Because of all of this takes a considerable amount of time, we urge folks who think they may have a medical malpractice case to seek experienced legal advice as soon as possible.  John Day is board-certified in the area of medical malpractice by the American Board of Professional Liability Attorneys.