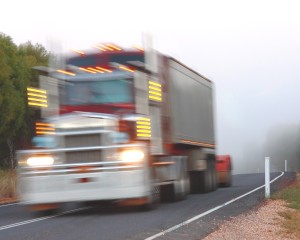 Ochophobia is the fear of vehicles.  For a specific fear of semi-trucks, one writer has coined the term: semiochophobia.  If you have semiochophobia, you are not alone. A lot of passenger car and truck drivers, as well as motorcyclists,  are scared of 18-wheelers, and for good reason according to a recent Insurance Institute for Highway Safety Report.  Below are some insights into semi-truck accidents offered by the IIHS report:

If you or a loved one has been injured in an accident with a semi-truck and you would like to discuss your legal options, we are here to help.  Give us a call.  We offer a free, no-pressure, no-obligation consultation.  Our award-winning lawyers handle all accident cases on a contingency basis so you pay nothing out of pocket.  We only get paid if we win.  If we do not win, you owe us nothing.  And, unlike some firms, we do not charge interest on case expenses.  Give us a call at one of our offices below:

And for more information on truck accidents and the legal process, click on the links below:

What to Know When Hiring A Personal Injury Lawyer

What Are the Deadlines for Filing a Case in Tennessee?

What to Do Following an Accident